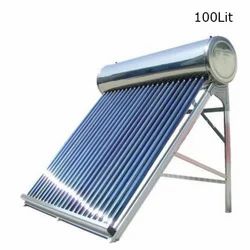 A solar water-heating market waiting for exploitation is an opportunity knocking on the door of Caribbean countries, participants at the just-concluded Organisation of Caribbean Utility Regulators annual conference were told.

However, according to Dr Xavier Lemaire, the authorities have to establish proper regulatory framework for the development of the solar water-heater industry in the region, similar to the way in which Tunisia and, more recently, Barbados have done it.

The senior research associate at the University College London (UCL) Energy Institute in the United Kingdom said the opportunities are based on the high levels of insolation and urbanisation in Caribbean nations.

Insolation basically refers to the amount of sunlight a place such as Jamaica gets. Jamaica gets up to a maximum of 13.2 hours of sunshine per day and a minimum of 11 hours, according to the Meteorological Service of Jamaica.

“Rural communities can be targeted with solar heating, particularly health centres and schools. Communities that predominantly use electricity for meeting their water-heating energy demand stand to make considerable savings over time from switching,” Lemaire added.

He said the policy support would come from both Government and regulators who would operate on the supply side by providing accreditation for products and licensing for companies, which would facilitate consumer confidence in the use of the technology.

Tax incentives can be used either to incentivise indigenous production or improve access to imported solar water-heater equipment, which, he said, would allow the technology to compete in the market more effectively. Mandatory purchasing regulations from governments can also significantly stimulate markets.

Lemaire said it is important to target regulation from early in the market-development stage.

In the case of Tunisia, the UCL researcher said while nothing much happened in phase one of the process, which included replacing gas as fuel for heating water, the market took off in phase two.

That phase, from 2005- 2010, was characterised by consumers being allowed to buy solar water heaters and paying back over long periods, mainly through electricity bills that incurred little risk to banks and the utility provider.

The Jamaican Government, through its Office of Utilities Regulation, had, up to last year, announced requests for proposals for the provision of energy from renewables such as solar to the national grid. The Government has also provided tax incentives for solar batteries.