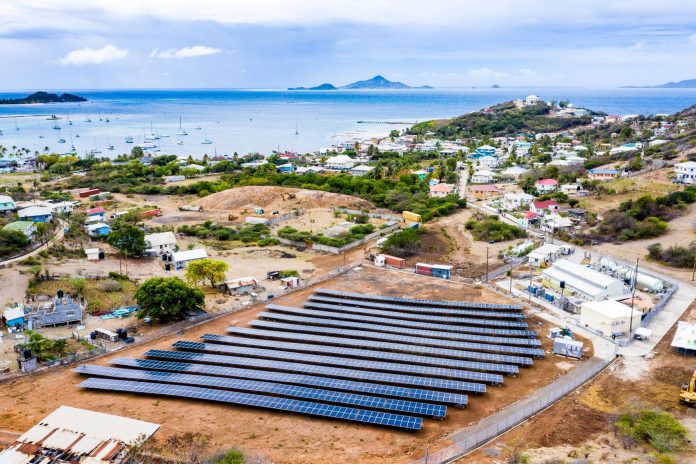 News Americas, NEW YORK, NY, Fri. Jan. 117, 2020: Here are some of the top business and finance news making headlines across the Caribbean this week:

Caribbean Economies To Ride High On The Guyana Oil Boom

The latest UN report titled, World Economic Situation and Prospects 2020, released Thursday, puts the Caribbean regional GDP this year at 5.7 percent. This will be driven largely by the commencement of oil production in Guyana, where output is expected to reach up to 120,000 barrels per day. Excluding Guyana, however, only a modest acceleration is anticipated, as many countries in the region will continue to rein in public spending.

The Top 5 Growth Nations For The Caribbean Are:

When it comes to innovativeness, the Caribbean does not rank anywhere on the top 60 nations, according to the seventh annual Bloomberg Innovation Index. The list includes Brazil, Argentina, Chile and Mexico but no country from the Caribbean. See the full list here. [1]

The British Virgin Islands has taken a somewhat unconventional approach to action its medicinal marijuana initiative. Premier Andrew Fahie said his government will distribute half-acre lots of land to approximately 100 citizens, for the cultivation and production of medicinal marijuana.

Premier Fahie said the government hopes to have the marijuana program fully on-stream by May of this year at Paraquita Bay.

Minerco, Inc. of Canada has been acquired by Mushrooms InterNational Enterprises or MINE, which plans to immediately enter into the psilocybin “Magic Mushrooms” market, targeting the multibillion-dollar space in the research and development of potential psychiatric medicines, while relocating to Jamaica.

Jamaica is at the forefront in furthering research into the healing powers of magic mushrooms and how they can be safely applied towards medicinal purposes. This follows the launch of the world’s first magic mushroom research center at the University of the West Indies in Mona, Jamaica.

The Trump administration has imposed severe restrictions on billions of dollars in emergency relief to Puerto Rico, including blocking spending on the island’s electrical grid and suspending its $15-an-hour minimum wage for federally funded relief work.

The nearly $16 billion in funding, released while days after two major earthquakes caused serious damage in Puerto Rico, is part of $20 billion that Congress allocated for disaster recovery and preparation more than a year ago, in response to the commonwealth being hit by back-to-back hurricanes in 2017. To gain access to $8.2 billion in recovery money and $8.3 billion in disaster prevention funds, Puerto Rico will have to submit budget plans to its federally mandated fiscal control board, which will track where the money goes. It will also have to bolster its property registration database.

Economic shocks stemming from rising sea levels pose a long-term risk to the sovereign credit ratings of dozens of countries which have large areas at risk of submersion, including the Bahamas, Moody’s said on Thursday.

Climate science suggests that sea levels will continue to rise for decades, contributing to increasingly frequent natural disasters such as storm surges, floods and cyclones, the credit rating agency said in a report.

A Guyanese offshore laboratory technician will go down in history as the person to test the first sample of Guyanese crude oil as it came through the Liza Destiny Floating, Production, Storage and Offload-ing (FPSO) vessel.

According to an ExxonMobil statement, Shivnarine Outar, a laboratory technician, employed by Nalco Champion, was understandably elated to be the first to test the first sample that was pumped aboard the FPSO. “So many things can happen from that crude that is right there in front of me and I was fortunate enough to capture that moment,” gushed Outar, adding, “Nobody can take that from me right now, never!”